The Gut-Brain Connection: How Your Gut Impacts Your Mental Health 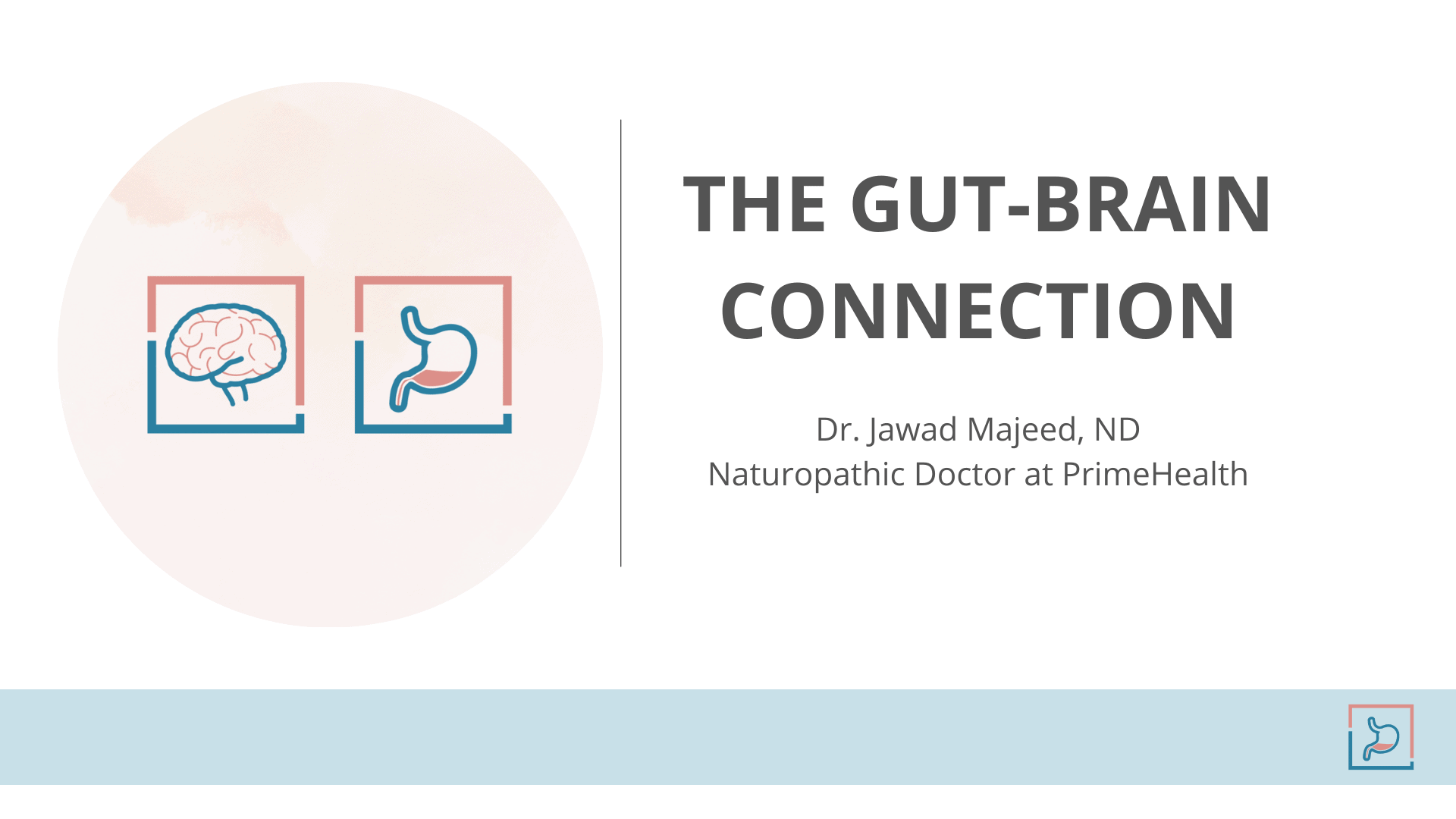 As often as we talk about “gut instincts” and “gut feelings,” we shouldn’t be surprised to learn there is a substantial connection between our gut and our cognitive and emotional health. This connection is called the gut-brain axis. It is a complex system that oversees communication between the gut and the brain.

How does your gut affect your brain? Your gut affects your brain by contributing to hormones and neurotransmitters in the body, impacting mood and behavior. All of this occurs through an intricate series of interactions. Don’t worry — we’ll walk you through it.

Chances are you already know about your first brain. Comprised of around 100 billion neurons and even more glial cells, this is the head of your central nervous system or CNS. The spinal cord is the other half of your CNS.

The network of neurons in the ENS extends from the esophagus to the rectum and controls the gastrointestinal tract or GI tract. It can do this independently of the CNS, sensing stimuli and responding accordingly all on its own.

When the ENS and CNS need to communicate, they do so mainly through the vagus nerve. This single nerve starts in the brain stem, extends through the neck and thorax, and finishes in the abdomen, making it the body’s longest cranial nerve.

Although the ENS can operate independently of the CNS and vice versa, these two systems typically communicate bi-directionally. They work together to maintain a functional digestive system. The bi-directionality of this communication network has interesting implications for mental health, but more on this later.

How Your Microbiome Helps

Your gut is full of trillions of live bacteria. Most of these microbes are good. They help produce neurotransmitters that influence mood and cognitive function. They also produce microbial metabolites and other byproducts like short-chain fatty acids (SCFAs) that impact your metabolism and immune system.

Here are some other ways healthy gut microbes help us:

The gut microbiome is a diverse ecosystem of microorganisms that thrives in a delicate balance. When that ecosystem becomes imbalanced, we can end up with microbial dysbiosis. Dysbiosis is linked to a wide range of conditions, including:

Gut microbiome health has also been linked to brain function and mental health. Conversely, mental well-being factors, such as psychological stress, can have negative repercussions on gastrointestinal microbiota.

Fortunately, there are plenty of natural ways to help maintain a healthy gut and even heal an unhealthy gut. We’ll cover some of these later on.

Neurotransmitters are chemicals that help regulate numerous bodily functions. Imbalances in neurotransmitter levels have been associated with neurological disorders like depression.

You’re probably already familiar with some neurotransmitters, like serotonin and dopamine. Serotonin is largely associated with mood and happiness. But did you know that serotonin, dopamine, and several other neurotransmitters are produced in your gut?

Here are some of the big ones:

Our bodies regulate hormones through our endocrine systems. Hormones impact our growth, sexual function, and mood, as well as help us regulate appetite. It turns out this is another two-way street. Having certain bacteria in our gut microbiota can impact hormone release in the gut.

Some of the hormones influenced by our gut bacteria include:

It may seem natural that dealing with gastrointestinal disorders might lead to stress. However, the relationship can go both ways. Stress can lead to gut dysbiosis and a host of related problems.

Here are some of the symptoms that stress can cause:

Initially, the body’s stress response is adaptive. It helps us deal with threats and trauma. This response, however, is intended to be short-term. While normally helpful, the stress response becomes unhealthy when stress is frequent or consistent over extendedperiods (chronic stress).

Chronic stress is a major cause of both mental and physical problems. It is linked to anxiety and depression and disrupts homeostasis, leading to a variety of gastrointestinal disorders. In fact, the effects of prolonged stress in the body are connected to 80% of health disorders, including physical, neurological, and psychological.

Perhaps this is a factor in the two-way street between stress and digestive issues. Fortunately, it also means that there may be treatment options for any one condition than traditionally thought.

Behavioral treatments such as cognitive behavioral therapy (CBT) are generally associated with mental health. However, recent research shows that CBT can help reduce symptoms of IBS. In fact, implications for behavioral treatment of gastrointestinal disorders have led to an entirely new field of medicine called behavioral gastroenterology.

Behavioral gastroenterology explores psychological and lifestyle factors that may impact digestive health. Treatment options may include CBT, hypnotherapy, and meditation, as well as dietary and other lifestyle changes.

Dietary modification plays a major role in treating GI disorders. With dysbiosis so heavily linked to illnesses, following a dysbiosis diet may significantly improve gastrointestinal health. This may include removing foods that contribute to dysbiosis and adding gut-healing foods, probiotics, and prebiotics.

Steps You Can Take

Whether you want to prevent gastrointestinal issues or reverse them, here are a few steps you can take to get started:

Have questions or looking to take the next step? Don’t hesitate to schedule a phone consultation with us! You can also connect with us on Instagram or Facebook to keep up with the latest in holistic health solutions.

Jawad Majeed, ND (also known as Dr. Jay), is a licensed Naturopathic Doctor who provides care to his community through a Functional Medicine approach. Dr. Jay graduated from the National University of Health Sciences, an accredited 5-year Naturopathic Medical School, and completed an additional residency at the Whole Health Clinic in Lombard, IL.

Remedies for Depression: How to Boost Your Mood Naturally
September 7, 2022

Vitamins & Supplements for Stress Relief: Which Ones Work?
August 25, 2022

Ketamine Infusion Therapy: Everything You Need to Know
June 7, 2022