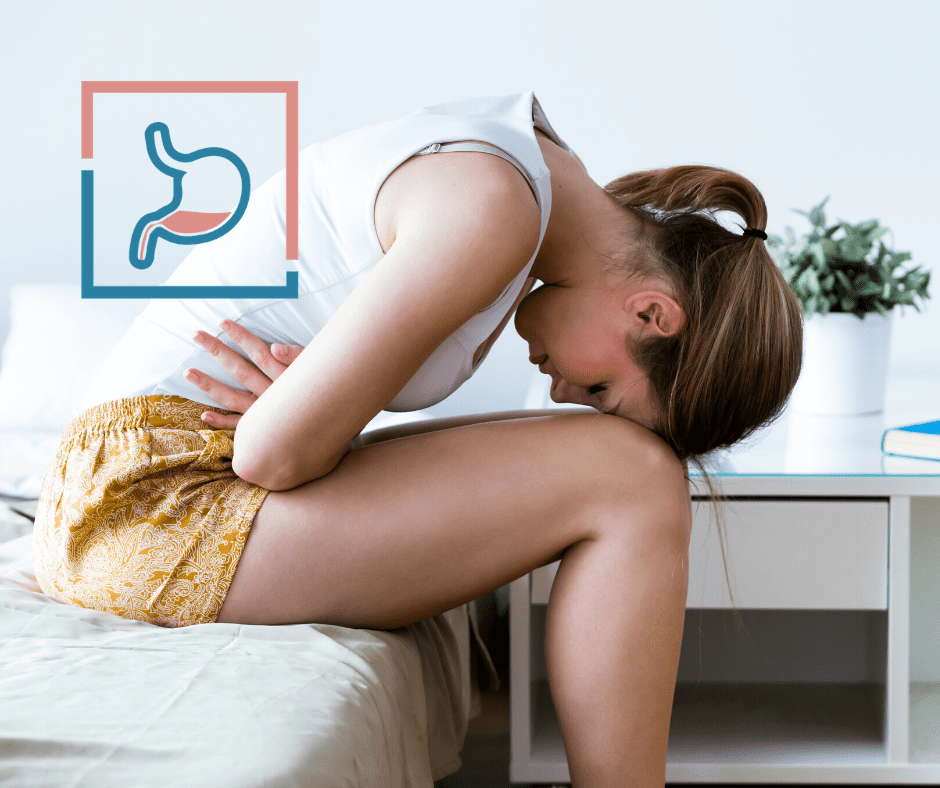 When you deal with problems in the bathroom for months or even years, you start to think it’s just part of your life forever. But digestive disorders are often curable — and nothing to be embarrassed about.

Irritable bowel syndrome (IBS) is a very common disorder, but it doesn’t have to be.

It is almost sad to see IBS patients “treated” with pharmaceuticals that temporarily mask some symptoms and bring about all sorts of adverse side effects.

At PrimeHealth, we identify and treat the root cause of your IBS symptoms. In our practice, we’ve witnessed astounding success when diagnosing and addressing underlying causes, instead of superficial symptoms.

Done letting your gut issues rule your life? Join PrimeHealth’s Gut Health Group Visits and find lasting relief with a community of others who understand.
Sign up today — only a few spots remain for the next group beginning on July 12!

What is irritable bowel syndrome (IBS)?

While conventional medicine claims this condition is chronic, it is possible to reverse IBS in many cases.

How long does IBS last? IBS symptoms must last for at least 6 months to officially be considered IBS, but this condition can last your whole life if you don’t do anything about it.

If you are experiencing changing bowel habits, it’s wise to see a healthcare provider sooner rather than later.

There are 4 types of IBS:

Symptoms of IBS (in Men & Women)

What are the symptoms of irritable bowel syndrome?

Menstrual cramps may be confused with abdominal cramping for women during their cycles. Most women are good at deciphering which is which, but younger women who have only recently started menstruating may not have the same experience distinguishing between the two.

Telling the difference between IBS and IBD (inflammatory bowel disease) can be tricky. IBS and IBD are separate classifications. Crohn’s disease and ulcerative colitis are examples of IBD, and both are considered more severe disorders than IBS.

Extra-gastrointestinal IBD symptoms (outside the gut) include eye inflammation, joint pain, and extreme fatigue. A doctor can confirm the diagnosis of IBD with a colonoscopy and biopsies from the digestive tract.

To diagnose IBS, doctors use the Rome criteria. A proper diagnosis of IBS is when you have experienced recurring abdominal pain for 6 or more months or any two of the following three in the past 3 months:

IBS is considered a “diagnosis of exclusion,” meaning that once all known causes for gastrointestinal distress are ruled out before you get an IBS diagnosis.

Right off the bat, your doctor should ask about your personal medical history and family history. They should rule out IBD, anemia, Celiac disease, colon cancer, carcinoid syndrome, and chronic inflammation. A colonoscopy may be required to rule out some conditions.

For instance, the American College of Gastroenterology recommends all people with IBS symptoms get tested for celiac disease.

To identify the underlying cause of your IBS, your provider should discuss and test for specific IBS triggers, like:

Keeping an up-to-date food diary may help nail down your individual IBS triggers.

At PrimeHealth, we run SIBO tests for all our patients with IBS since SIBO is a common cause of its symptoms. SIBO stands for “small intestinal bacterial overgrowth.”

The majority of the time, the test will come back positive.

This breath test gives doctors a better idea of how to treat your IBS by focusing on the underlying causes.

What are the causes of IBS? The primary causes of IBS are unknown. However, there are several known triggers, each of which causes IBS — such as leaky gut syndrome and SIBO.

What are the risk factors for IBS?

IBS symptoms (during flare-ups) may be triggered by:

The most common and effective treatment options for irritable bowel syndrome may surprise you.

We have found that IBS can be cured in most cases. Yes, that is a controversial claim to make. But our patients prove it to be true.

IBS medications can support the recovery and reversal of this condition.

Since there is no official cause for IBS identified in the conventional medical world, people with IBS are generally treated with palliative medications to suppress their symptoms.

Conventional doctors may prescribe the following medicines for IBS:

But we believe the side effects are not worth the superficial treatment of symptoms. We think it is wiser to identify and treat the root cause of IBS instead of just the symptoms.

Here are 5 alternative IBS treatments to discuss with your healthcare provider:

A 2014 study revealed that specific herbal blends were as effective as Rifaximin in treating SIBO. For many patients, the all-natural route is the best one.

What is a typical IBS diet? The low-FODMAP diet is typically beneficial for most IBS patients. Even the National Institute of Diabetes and Digestive and Kidney Diseases talks about the efficacy of the low-FODMAP diet.

We recommend a temporary low-FODMAP diet as part of nearly every treatment plan for PrimeHealth patients.

FODMAPs are fermentable carbs. They are notorious for triggering bloating and other digestive issues. Low-FODMAP is not meant to be followed for more than a few months.

What foods usually trigger IBS? Avoid these IBS-triggering foods on the low-FODMAP diet:

The low-FODMAP diet is meant to be an elimination diet. If symptoms subside while on the diet, you can slowly reintroduce foods. Figure out which foods you can tolerate, and determine the amount you can handle.

The low-FODMAP diet is not recommended while being treated for SIBO with antibiotics. These antibiotics are more effective when you eat high-FODMAP foods, so your doctor should consider this.

While low-FODMAP is often the right way to go for IBS, it’s not the only diet that can relieve your IBS symptoms. Hint: avoid honey.

Stress relief is a surefire way to lower your risk of irritable bowel syndrome. Meditation, a full night’s sleep, yoga, and spending time outside are all great ways to relieve stress.

Intermittent fasting (bowel rest) may help relieve IBS symptoms. If you’re eating too much, too quickly, your digestive tract doesn’t have enough time to process the food properly. Fasting in the mornings or evenings can help correct this issue. Aim for a 12-hour fasting window, then work your way to 14-16 hours between dinner and breakfast.

Cognitive-behavioral therapy helps IBS patients train their bowels, small intestine, and rectum to move waste when the patient wants to — not when the body decides to.

Probiotics restore the good bacteria that many people lose throughout their lives. Whether through diet, lifestyle, antibiotic overuse, or medical conditions, your gut often needs a helping hand. Probiotics treat leaky gut syndrome (an imbalance of good bacteria), and leaky gut is a potential trigger for IBS.

You can get probiotics both in supplement form and through bacteria-rich foods and drinks, such as kombucha, kefir, and sauerkraut.

Cannabidiol, commonly known as CBD, has been shown by study after study to help treat bowel diseases.

A 2016 study talks about how CBD affects many organ systems. Despite the social controversy, CBD may truly address serious digestive tract issues.

Vitamin D, the only vitamin that is also a hormone, may help treat IBS.

Research indicates that vitamin D deficiency is significantly more prevalent in those with IBS than those without IBS.

Several possible complications can arise when you live with irritable bowel syndrome.

Good bacteria in your gut are usually out of whack when you suffer from IBS. An imbalance in healthy gut bacteria can lead to leaky gut syndrome. Because a large portion of your immune system lives in your gut, a leaky gut often leads to an autoimmune condition or other immune dysfunction.

If you’re constipated, this can mean you are not detoxing properly. A healthy digestive system detoxes your body of:

Without detoxing these and other toxins, you may face hormone or immune disorders.

As with other digestive issues, you may be experiencing malabsorption, meaning your digestive tract is not absorbing all the nutrients it needs whenever you eat. The food is hurrying through your digestive system too quickly.

You can reverse irritable bowel syndrome by treating the root cause of your IBS.

Patients have come through our doors who have had IBS for 10 years. IBS affects your quality of life in many negative ways, and a decade of suffering can wear a person down.

Nothing worked for them until we identified and addressed the root cause. Suddenly, we saw massive improvements in a couple months!

Stop Googling and finally get to the root of your gut issues.
Our gut health group visits begin July 12, 2022. Don’t miss out — sign up today!