What Is KetoFLEX 12/3? Eating Well For Cognitive Function 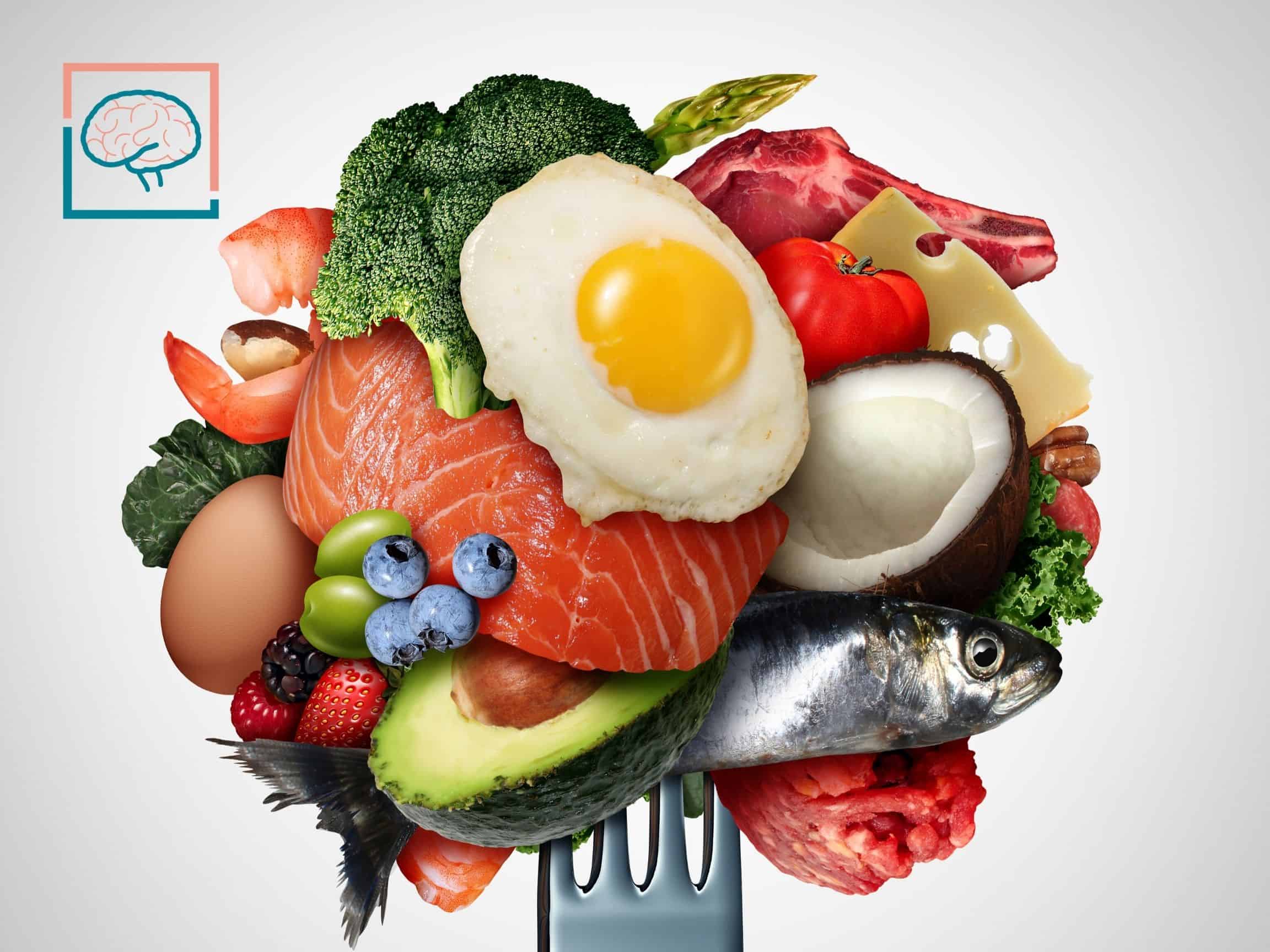 One of the most challenging aspects of neurodegenerative diseases like Alzheimer’s disease is the lack of effective treatments. Even after decades of scientific research and clinical trials, no drugs have been discovered that can really make a difference.

The good news is there’s an option that shows great promise: a ketogenic diet (or keto diet). Unfortunately, this holistic treatment does not get the recognition that it deserves.

KetoFLEX for Alzheimer’s is also called the Bredesen Diet and is part of the Bredesen Protocol. Developed by Dr. Dale Bredesen over decades of research, KetoFLEX is a modified keto diet designed to aid in preventing and reversing cognitive decline.

What is KetoFLEX? KetoFLEX is a high-fat, mildly ketogenic diet that involves eating highly nutritious whole foods, including many plant-based foods. It’s a natural treatment for cognitive dysfunction that incorporates intermittent fasting and is optimized for brain health.

The standard keto diet was initially developed to treat epileptic children who didn’t respond to medication. Following a stringent ketogenic high-fat diet helps reduce and eliminate seizures in these children.

Keto diets focus on eating lots of fats and eliminating carbohydrates almost entirely to maintain blood ketone levels, which is hard to do. They go beyond a typical low-carb or Atkins diet and severely restrict carbohydrate intake.

However, a strict keto diet may not be ideal for patients facing Alzheimer’s and cognitive decline.

KetoFLEX differs from the standard keto diet. With KetoFLEX, you’ll eat slightly more carbohydrates than you would on a traditional keto diet. KetoFLEX allows the body and brain metabolic flexibility to use either glucose or ketones for fuel, hence the name.

The KetoFLEX diet is also different because it incorporates intermittent fasting, which has neuroprotective benefits. The full name of KetoFLEX is actually KetoFLEX 12/3 because you fast for 12 hours total, starting at least 3 hours before you go to bed.

What Happens To The Brain In Alzheimer’s?

Alzheimer’s disease is a specific type of cognitive impairment or dementia where beta-amyloid plaques and tau tangles develop inside brain cells (neurons). These structures keep the neurons from functioning correctly, and the dysfunction eventually leads to neuronal cell death.

Alzheimer’s neurons are different. Neuroscience has shown Alzheimer’s neurons develop insulin resistance and struggle to take up and utilize blood glucose as a source of energy. They’ll run out of energy if they can’t find an alternative source, which is where ketones come in.

It’s also harder for insulin to reach the brain through the blood-brain barrier in Alzheimer’s patients, amplifying these effects.

The Science Behind KetoFLEX

How does KetoFLEX work? KetoFLEX works by providing the brain with ketones it can use as energy when it can’t use glucose, which can happen in Alzheimer’s disease. KetoFLEX also combines the brain health-promoting effects of intermittent fasting and nutrient-rich anti-inflammatory whole foods.

The “keto” part of KetoFLEX refers to bringing the body into ketosis. Ketosis happens when you eat very little glucose and the body shifts to producing ketone bodies from fats. Our cells can use ketone bodies like they use glucose to produce energy in their mitochondria.

If you want to have sustained ketosis, you must eat a high-fat, low-carbohydrate diet. Low-fat diets don’t provide the fatty acids the body needs to produce ketones.

The brain can use both glucose and ketone bodies as a fuel source. Even if neurons develop insulin resistance, which is common in dementia patients, the brain’s neurons can still take up and use ketones.

A diet that produces ketones, like KetoFLEX, can give the brain the mitochondrial fuel it needs if glucose is no longer a viable fuel.

Intermittent fasting reduces insulin resistance, one of the hallmark symptoms of Alzheimer’s disease in neurons. It also helps improve insulin sensitivity so that Alzheimer’s-induced changes in glucose metabolism aren’t as harmful to the body and brain.

One of the ways that KetoFLEX is a vast improvement over the standard keto diet is metabolic flexibility. It can be challenging to maintain true ketosis, and ketosis can have many side effects like the “keto flu.” KetoFLEX lets the brain use both glucose and ketones for fuel.

Ketone bodies appear to play an important part in regulating sleep. When your body generates sufficient ketones, it helps improve the quality of your sleep.

As discussed above, in addition to preventing or reversing cognitive decline, the KetoFLEX diet has helped some patients with:

This isn’t an exhaustive list of everything included in the KetoFLEX plan, but it should give you an idea of what foods would be suitable. You’ll want to talk to a healthcare professional before starting KetoFLEX to design your ideal eating plan.

Foods To Avoid On KetoFLEX

There are a few foods that you should avoid on the KetoFLEX diet. You should eliminate many of these foods from your diet in general because they cause harmful inflammation.

All of these foods put unnecessary stress on the body and can contribute to inflammation.

How To Get Started On KetoFLEX

You can get started on KetoFLEX by talking to a doctor trained in the Bredesen Protocol. It’s certainly worth starting this discussion early if you have a high risk of developing Alzheimer’s. Those at an increased risk of Alzheimer’s include:

If you fall into one of these categories, or you’re a caregiver of someone who does, don’t put off looking into the Bredesen Protocol. This revolutionary concept can be instrumental in preventing or reversing cognitive decline.

Don’t be fooled: Bredesen Protocol is more holistic than simply changing your diet. Keeping physically and mentally active, addressing pathogens and toxins, reducing stress, and more are vital parts of this method.

When following the Bredesen Protocol with an expert, you’ll also need to have lab work done and an individualized care plan made. A healthcare professional can keep a close eye on the levels of cholesterol and other biomarkers to make sure you stay healthy on KetoFLEX.

Talk To An Expert In The Bredesen Protocol

For someone facing cognitive decline or looking to prevent it, KetoFLEX can be a great option as dietary intervention, along with the rest of the Bredesen Protocol.