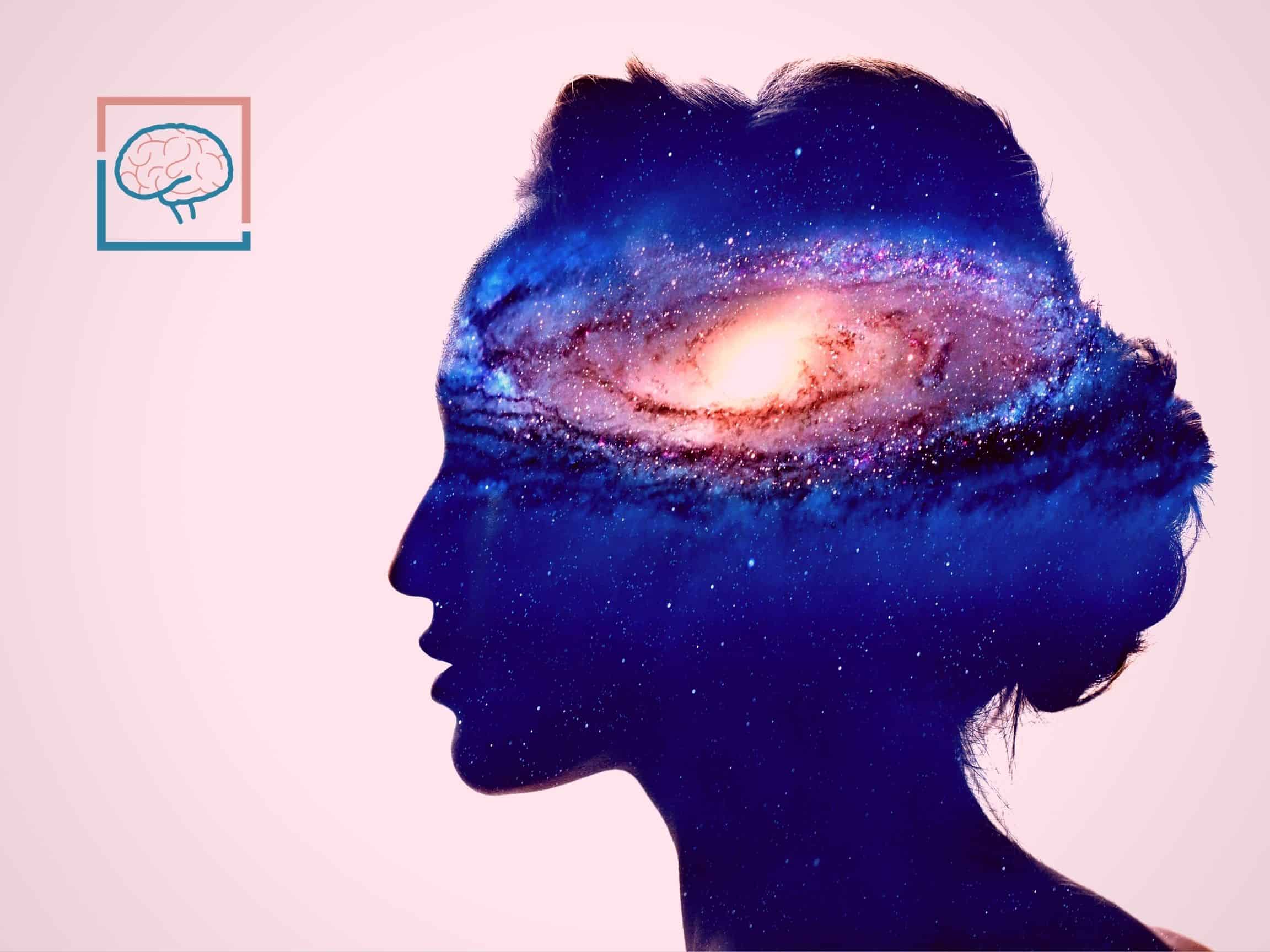 If you or a loved one is diagnosed with Alzheimer’s disease, or is concerned about cognitive decline, it can be helpful to look at Alzheimer’s statistics and facts that clarify the situation.

Alzheimer’s can be a scary disease. But understanding the facts about this condition can give you confidence in how to move forward as you or a loved one faces the reality of Alzheimer’s dementia.

Below, we also talk about preventing Alzheimer’s, including PrimeHealth’s revolutionary Prevention Program based on the research of internationally renowned Dr. Dale Bredesen.

What is Alzheimer’s disease?

Alzheimer’s disease is a fatal form of dementia that leads to cognitive decline that goes beyond a normal part of aging, including memory problems and difficulty carrying out everyday tasks. In the later stages of Alzheimer’s disease, patients may become unable to perform even the simplest of basic functions, such as speaking or swallowing.

Other common causes of dementia include:

Alzheimer’s disease is most likely caused by a combination of factors, including:

For quite some time, scientists blamed a buildup of beta-amyloid plaque and tau tangles (neurofibrillary tangles) in certain parts of the brain.

However, the answer is not this cut and dry. It is not possible to identify a single direct cause for Alzheimer’s because it’s a multifactorial illness.

The changes in the brain, including plaque, tau tangles, and inflammation, associated with Alzheimer’s lead to a loss of neurons and neuronal connections. This, in turn, causes a progressive loss of brain function.

Recent research suggests inflammation, not plaque in the brain, may be a driving factor in the development of Alzheimer’s.

Alzheimer’s disease was identified in 1906 by Dr. Alois Alzheimer.

He recognized changes in the brain tissue of a woman (Auguste Deter) who had recently died of a mysterious mental illness, whose symptoms included language problems, delusions, and memory loss.

Unfortunately, for centuries, many individuals with Alzheimer’s were sent to insane asylums where they received horrible treatment.

Alzheimer’s is most common in Western Europe, with North America close behind. It is least common in Sub-Saharan Africa, according to Alzheimer’s International.

Young-onset Alzheimer’s (also called early-onset dementia or working age dementia) is when someone is diagnosed with dementia symptoms before the age of 65 years old. About 5% of dementia cases occur in individuals younger than 65.

Alzheimer’s disease can be broken up into 7 stages:

A 2016 scientific article defined the no impairment stage of Alzheimer’s as having demonstrable biomarkers of Alzheimer’s disease (i.e., beta-amyloid plaque and tau tangles), yet exhibiting no obvious symptoms. Diagnosing Alzheimer’s before symptoms present may greatly help prevention and treatment.

The preclinical stage of Alzheimer’s disease corresponds with this first stage.

Subjective cognitive decline (SCD) is a self-observed decline in cognitive function that may take place during stages 1 or 2. You might notice problems with forgetfulness and confusion, but not all the time. This is a good reason to seek a diagnosis or bring up the issue with a loved one.

In the mild decline stage of Alzheimer’s disease, an individual can still take care of themselves and even take part in social events. However, the individual suffers from mild dementia symptoms, such as brief lapses in short-term memory, forgetting the name of an acquaintance, or losing personal possessions.

At this point, friends and family may begin to notice cognitive problems. A doctor can detect these impairments with memory tests.

The second and third stages of Alzheimer’s are associated with age-associated memory impairment and mild cognitive impairment (MCI). Up to 20% of adults over the age of 65 have MCI, according to the Alzheimer’s Association.

When a patient progresses to moderate decline in Alzheimer’s disease, memory changes are more obvious. Personal finances may become a major problem, patients may forget important details about their own lives, and short-term memory loss becomes a consistent problem.

During moderately severe decline in Alzheimer’s disease, caregivers may need to help patients with personal hygiene, getting dressed, and remembering where they are. Typically, people in this stage still remember some simple habits and facts, such as how to use the bathroom or the names of members of their immediate family.

The next stage, severe decline in Alzheimer’s disease, is marked by nearly constant confusion and the need for round-the-clock care. Patients may no longer be able to control their own urination or defecation and may not understand where they are. Only a few family members are still recognizable, if that.

In the very severe decline of Alzheimer’s disease, a patient suffers from debilitating dementia symptoms, such as the inability to speak more than a few words, immobility, difficulty eating, and dramatic memory loss. They may forget how to swallow and how to respond at all to the environment around themselves.

How many people die from Alzheimer’s every year? In the United States, over 122,000 people died due to Alzheimer’s disease in 2018.

In 2020, the Alzheimer’s and dementia death rate has increased to 66.7 deaths per 100,000 people, according to the National Center for Health Statistics.

Worldwide, the number of people estimated to die each year due to Alzheimer’s and dementia is 700,000.

Other common causes of death in Alzheimer’s patients include:

The mortality rate of Alzheimer’s disease by country:

Research done at Johns Hopkins School of Public Health indicates that the average life expectancy after a diagnosis at age 65 is 8.3 years. For people diagnosed at age 90, it is 3.4 years.

All FDA-approved Alzheimer’s drugs have met a standard of efficacy. This means they have improved certain disease markers in clinical trials to be considered “clinically significant”, but these improvements are often not noticeable in the daily lives of Alzheimer’s patients.

Many families and physicians think the cost of Alzheimer’s drugs is too high for the meager — sometimes unnoticeable — benefit.

How many medications are used for Alzheimer’s? There are 4 medications approved by the FDA to treat Alzheimer’s symptoms. None are a cure. All of them come with potential side effects and a relatively low effectiveness rate.

The 4 FDA-approved Alzheimer’s drugs are:

Tacrine (Cognex) is a CI that was taken off the market in 2013 due to links with liver toxicity. It was the first medication approved for treating Alzheimer’s symptoms in 1993.

Namzaric is an FDA-approved treatment for Alzheimer’s symptoms. It is a combination of donepezil and memantine.

However, several alternative treatments for dementia and Alzheimer’s have shown promise in clinical trials:

Which gender gets Alzheimer’s more often? Women develop Alzheimer’s twice as often as men. This may be, in part, due to women’s propensity to live 2-3 years longer than their male counterparts.

What are the common risk factors of Alzheimer’s disease?

Prevention of Alzheimer’s disease usually involves identifying risk factors and lifestyle changes that can reduce those risk factors for developing dementia and Alzheimer’s.

12 tips for how to prevent Alzheimer’s:

Dr. Dale Bredesen is an internationally recognized expert in Alzheimer’s disease prevention. Yet, many conventional doctors still do not know about his groundbreaking Alzheimer’s research.

He spent decades in a lab, trying to find the drug that would cure Alzheimer’s. What he found was the underlying reason that beta-amyloid protein built up in the brains of Alzheimer’s patients.

Through his research, he discovered 36 lifestyle factors that contributed to beta-amyloid buildup, one of the direct causes of Alzheimer’s.

He grouped these 36 risk factors into 6 subcategories:

Interestingly, these categories align with Ayurvedic approaches to defining the root of disease (the words in parentheses above).

A qualified healthcare professional can identify which subcategory (or categories) of lifestyle factors best applies to you, which allows him or her to develop a lifestyle program to address those underlying factors.

Dr. Bredesen has published some ground-breaking Alzheimer’s research in the past few years. In his first study of this approach, 9 out of 10 Alzheimer’s patients showed improvement. A subsequent study observing 100 patients also showed similar improvement.

Dr. Bredesen clarifies, “this is not a cure for Alzheimer’s.” It is often an effective preventative approach that typically improves cognitive function in a majority of patients.

In Dr. Bredesen’s experience since he started this approach, over 90% of his patients have seen cognitive decline slow or stop completely.