What Causes Alzheimer’s? Aging, Genetics, and Other Causes 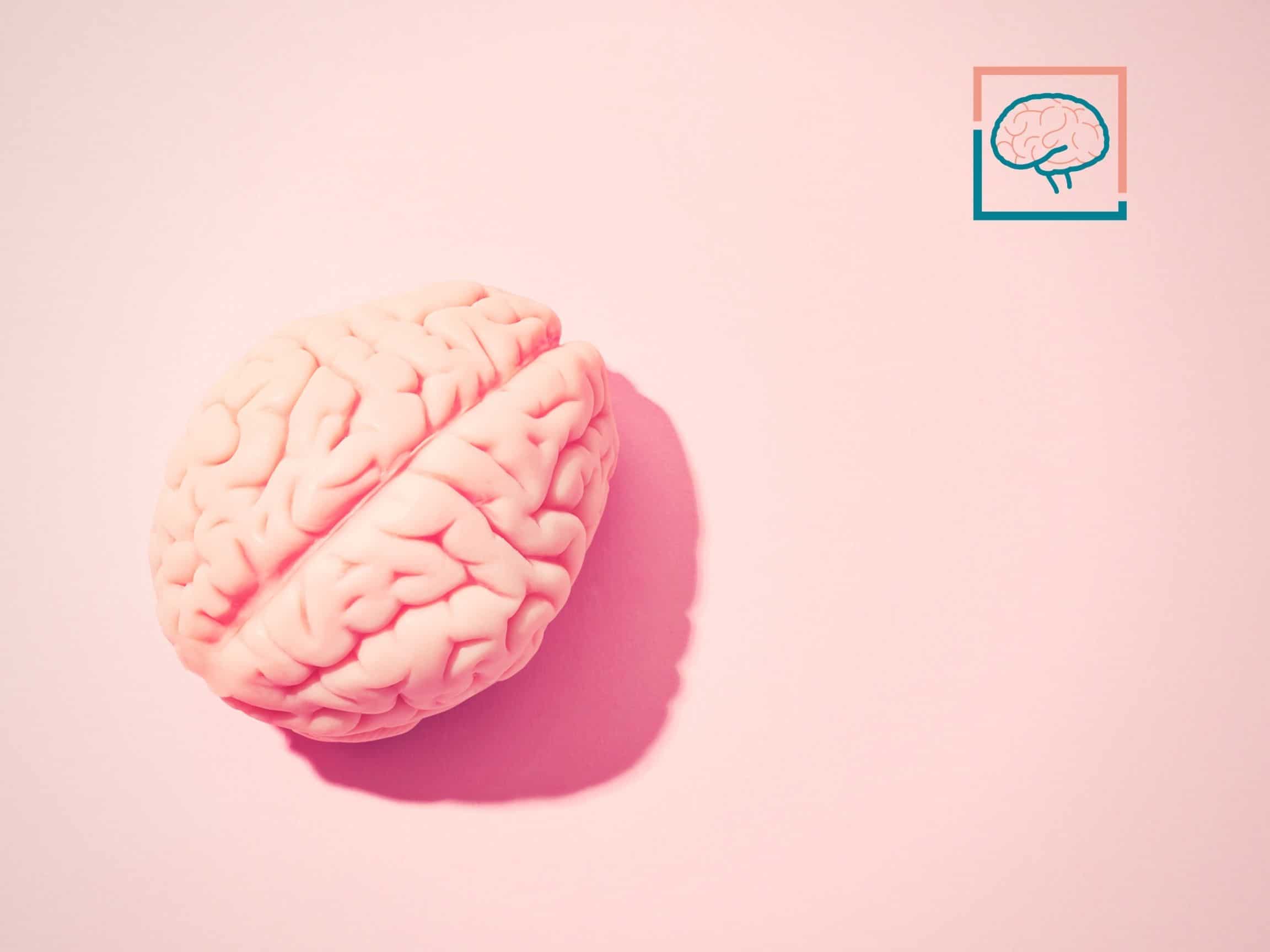 Alzheimer’s disease is a progressive and degenerative brain disorder. According to the Alzheimer’s Association, most current researchers do not cite any single cause of this debilitating illness.

In this article, we will discuss the many potential causes of Alzheimer’s currently supported by peer-reviewed research.

More than 5.5 million people in the United States live with Alzheimer’s. The vast majority of these are over the age of 65.

The inflammation in your brain that seems to lead to this plaque buildup eventually kills the nerve cells in the brain, shrinking the actual size of your brain. Overwhelmingly, this impacts the area where your memories are stored.

However, the presence of risk factors does not necessarily lead to the development of the amyloid plaques or cognitive decline associated with Alzheimer’s disease.

New research identifies ways in which the progression of Alzheimer’s disease and other types of dementia are being slowed and even improved, especially in the early stages of the disease.

Many clinical trials show that many pharmaceutical drugs used to treat Alzheimer’s are notably ineffective. However, groundbreaking research into the risk factors, multi-layered causes, and treatment of Alzheimer’s disease shows significant improvement.

These Alzheimer’s symptoms are listed in roughly the order in which they appear:

Recognizing warning signs may allow for early diagnosis and addressing of causative factors in daily life. Subjective Cognitive Decline (SCD) may be most notable to the individual, partner, or caregiver before neurological testing would reveal significant problems.

In this very early stage, the cognitive decline that may lead to Alzheimer’s disease or other dementia can be most dramatically reversed. However, it is always more effective to get ahead of the problem and prevent it entirely than to try reversing it when symptoms appear.

Early signs of Alzheimer’s disease include:

Who is at risk for Alzheimer’s?

Research into improving or eliminating as many of these risk factors as possible shows great promise for loved ones, family members, practitioners, and caregivers.

Alzheimer’s affects people from all walks of life, although older age is one significant risk factor. A mutation of the gene that encodes apolipoprotein (APOE) appears to lead to Alzheimer’s disease in older adults, though not the lone factor.

Known causes of Alzheimer’s disease include:

Common risk factors that may lead to Alzheimer’s disease include:

Amyloid plaque builds up between nerve cells in the brain of older adults. Brain cells can no longer adequately communicate. Plaque and tau tangles contribute to mental decline as these nerve cells are killed. These are results from the underlying causes of Alzheimer’s disease, not a direct cause of the disease.

After an Alzheimer’s diagnosis, the average life expectancy is 4-8 years.

Long before an Alzheimer’s diagnosis, the brain begins to change — often beginning in your 40s.

However, developing Alzheimer’s or other types of dementia is not a normal part of aging. Advancing age need not inevitably lead to cognitive decline and dementia. The sooner signs of memory problems and possible cognitive decline are detected, the more effective it will be to slow or stop the decline.

Can you stop Alzheimer’s from progressing? In some cases, you may be able to slow down or stop the progression of Alzheimer’s. However, this is difficult and rare. Ultimately, Alzheimer’s is a degenerative disease and a leading cause of death throughout the world.

Each person’s genetic map is inherited from their biological parents. Having a family history of Alzheimer’s disease or other types of dementia does not mean you will develop the disease.

However, a family history of Alzheimer’s or another type of dementia is considered a risk factor for possibly developing Alzheimer’s.

There are two categories of genes that influence whether a person will develop a particular disease: risk genes and deterministic genes.

As the name implies, deterministic genes actually cause a disease, while risk genes increase your risk of developing a disease.

Estimates show less than 1% of cases of Alzheimer’s disease are caused by deterministic genes.

Other genetic risk factors include African-American or Latino ethnicity. These may act along with other environmental or lifestyle risk factors increasing the probability of cognitive decline.

The gene that encodes apolipoprotein E (APOE-4) is the best-studied genetic risk factor for Alzheimer’s. It is a mutation of this gene that seems to lead to Alzheimer’s among older adults.

Early-onset Alzheimer’s is rare. It is often passed down from parent to child.

These gene mutations trigger the production of abnormal proteins associated with Alzheimer’s. There is a 50/50 chance that a child born to a father or mother who carries a genetic mutation for one of these three genes will inherit that mutation. If they inherit the mutation, there is a very high probability that they will develop early-onset Alzheimer’s.

The risk of developing early-onset Alzheimer’s is increased in those with Down Syndrome. It is most likely due to their being born with an extra copy of chromosome 21.

Late-onset Alzheimer’s is the most common type of Alzheimer’s and accounts for 60-80% of dementia cases.

A mutation in the gene that encodes apolipoprotein (APOE-4) may cause Alzheimer’s disease in older adults.

Other Factors That May Contribute to Alzheimer’s Disease

Ongoing research is revealing other causes related to the development of Alzheimer’s disease.

In addition to age-related and genetic factors, other factors that contribute to Alzheimer’s disease include:

Making changes in your daily life today could reduce the risk of developing many types of dementia decades from now.

For example, higher education levels in some studies have been linked to a decreased risk of developing Alzheimer’s disease. Shared medical appointments for Alzheimer’s prevention have become more common as potential risk factors are identified that can change the course of brain health.

Overall poor health can be a contributing risk factor leading to a beta-amyloid buildup in neurotransmitters associated with Alzheimer’s and other types of dementia.

For example, exercise is vital for life-long health. Many Americans report experiencing some sleep deprivation on a regular basis.

The buildup of amyloid proteins can be caused by chronic stress and depression. These factors affect younger aging adults and are often difficult to adequately treat.

Mold toxicity, environmental chemicals, and air pollution are some of the environmental elements that may lead to cognitive decline.

Traumatic head injury, most likely multiple head injuries, contribute to beta-amyloid buildup in the brain. Traumatic brain injury is one of the underlying reasons for this buildup in patients with Alzheimer’s.

Contact sports, auto accidents, and falling are some of the most common causes of traumatic head trauma.

Researchers are very interested in the connections between vascular health and the likelihood of developing Alzheimer’s disease.

There appears to be a link between cardiovascular problems such as high blood pressure, heart disease, stroke, and metabolic conditions like obesity and diabetes. Continuing research into this relationship helps us understand possible ways of reducing the risk of Alzheimer’s disease as we age.

Prevention is the Answer.

While no single cause leads to most cases of Alzheimer’s disease, there are many identifiable factors that contribute to developing this condition, such as age, lifestyle, and heart health.

How can Alzheimer’s be prevented? The most effective way to prevent Alzheimer’s disease is to decrease the risk factors associated with it long before you notice symptoms.