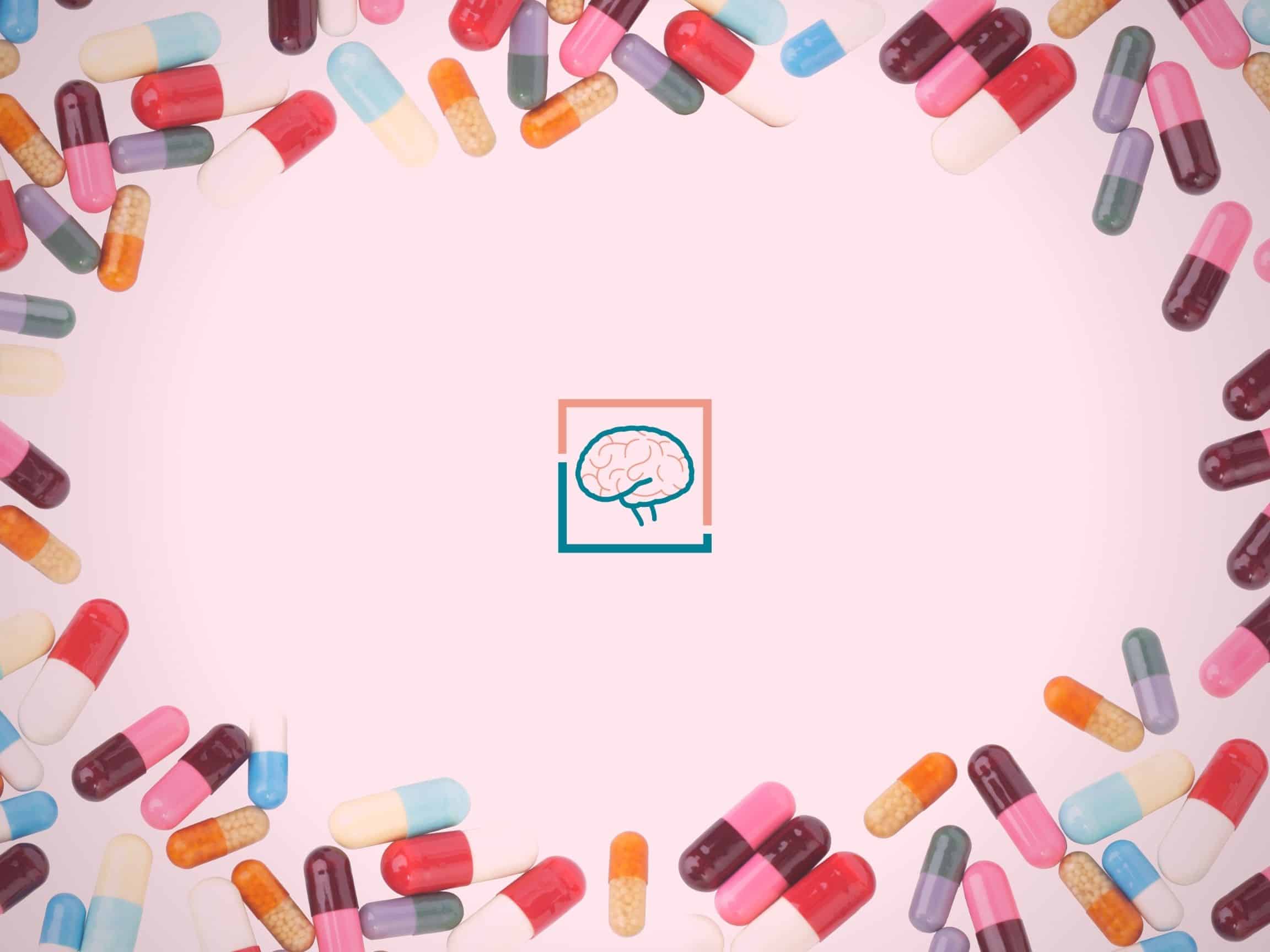 Alzheimer’s Disease affects more than 5 million people living in the United States. It is a progressive neurodegenerative disorder. There is currently no cure, but Alzheimer’s medications attempt to slow memory loss in some cases.

It can feel overwhelming if you or a family member has been diagnosed with Alzheimer’s disease.

Most medications give Alzheimer’s patients only a 1% chance of even moderately stopping the progression of this disease.

But that 1% is often enough for families facing the alternative to take a chance, even on unproven new treatments. Miniscule improvements in quality of life can make a world of difference.

Can medication help with Alzheimer’s?

Some medications offer a small degree of help for treating Alzheimer’s disease.

However, the risks may outweigh the benefits. Some of the drugs make patients feel worse than before the introduction of medication. Families may feel the chances are worth the delayed onset or severity of certain symptoms.

Medications approved by the U.S. Food and Drug Administration (FDA-approved medications) have been shown statistically effective in clinical trials. But these clinically effective improvements may not be noticeable by patients or family members in daily life.

The best Alzheimer’s disease medication is the one that shows improvements in the individual patient.

Current medications do not treat the underlying causes of Alzheimer’s disease, such as inflammation or the accumulation of amyloid buildup on the brain. Instead, they affect the clinically observable effects Alzheimer’s disease has on information being passed to brain cells.

Observable improvements in patients may be noticed by caregivers and family members in daily activities. Yet, none of these medications stop or reverse the degeneration taking place in Alzheimer’s disease.

In 2021, the FDA approved the first drug to treat Alzheimer’s since 2003, called Aduhelm. According to George Perry, a neurobiologist at the University of Texas at San Antonio and a skeptic of the amyloid hypothesis, “[Aduhelm’s approval] is going to set the research community back 10-20 years.”

Perry continues in June 2021’s Nature, “[Aduhelm’s] approval will have the opposite effect — stymieing research efforts. Karlawish suspects that people with Alzheimer’s might start dropping out of ongoing clinical trials to take [Aduhelm]. Others worry that drug developers might abandon other targets. If demonstrating that amyloid-lowering activity is enough to win regulatory approval, it might discourage developers from focusing on treatments with the big cognitive benefits that patients need, say some scientists.”

We’ll see if Perry is right. Let’s hope that Aduhelm works even better than the studies say, and that it doesn’t stymie research.

The 2 types of Alzheimer’s Disease medications are categorized by the chemical they target. 4 of the 5 FDA-approved drug therapies are classified as cholinesterase inhibitors (CIs).

What are cholinesterase inhibitors?

Acetylcholine is an important chemical messenger in brain cells. It is vital for the communication which takes place in the nerve cells of the brain and naturally breaks down after use through cholinesterase.

In Alzheimer’s disease patients, acetylcholine breaks down too quickly to allow for adequate communication in the brain’s nerve cells. This causes a worsening of memory loss and neurodegeneration symptoms.

Cholinesterase inhibitors (CIs) are well tolerated by most patients. However, it is always recommended that physicians with experience utilizing these medications monitor patients carefully and strictly follow the medication guidelines.

Tacrine (Cognex, First Horizon) has been associated with severe liver toxicity and is rarely prescribed today.

What are NMDA antagonists?

The second category is NMDA (N-methyl-d-aspartate) antagonists. Only one medication therapy is FDA-approved in this category — memantine (Namenda, Forest).

Memantine fights the effects of the neurotransmitter glutamate, reducing its activity. An excess in glutamate activity in mid to late-stage Alzheimer’s disease is one reason cognition is impaired during the progression of dementia.

Donepezil (Aricept) is FDA-approved for treatment in mild to moderate stages and severe or late stages, making it the only medication approved for all stages of Alzheimer’s. A generic form of donepezil is also available in the United States.

The benefits of AD medication therapy utilizing donepezil (Aricept) include:

These effects seem to be most notable in the first few months of treatment, although some may last for years.

Side Effects of Aricept®

Because all CIs increase acetylcholine activity in the peripheral nervous system, typical side effects for this category include:

These had a low incidence with donepezil (Aricept) compared to other CIs.

Other less common side effects may include muscular weakness, syncope (transient loss of consciousness due to loss of blood flow to the brain), and significant occasional weight loss.

A low incidence of cardiovascular events and weight loss, similar to that of patients receiving placebos, has been observed in studies of donepezil (Aricept).

As with other CIs, the benefits of rivastigmine (Exelon) include modest improvements, apparent stabilization, or a slowed rate of clinical decline in symptoms.

This CI may also offer effects similar to some antidepressants in particular Alzheimer’s patients.

Side Effects of Exelon®

Rivastigmine (Exelon) has shown the most peripheral cholinergic side effects among CIs. These effects can be diminished by a gradual increase in dosage. Still, only a small number of patients have been found to tolerate the full dose of 6mg twice a day.

However, the Exelon transdermal patch delivery system seems to reduce these side effects.

Rivastigmine (Exelon) is tolerated by fewer patients without experiencing common CI side effects due to its higher standard dosage rates.

Galantamine (Razadyne) is a cholinesterase inhibitor (CI). There is also a generic form of galantamine available in the United States.

The benefits of medication therapies utilizing galantamine (Razadyne) are similar to other CIs. Patients are relatively likely to see a modest improvement of symptoms of Alzheimer’s disease if they can tolerate the medication.

Symptoms of memory loss and difficulties with daily activities may stabilize or slow for a while. Results with all Alzheimer’s Disease medication therapies vary widely by the individual patient.

Galantamine may be useful early in the disease progression when patients show only mild cognitive impairment (MCI).

Side Effects of Razadyne®

Side effects of galantamine (Razadyne) are similar to other CIs.

Less common side effects of galantamine (Razadyne) include muscular weakness, syncope (transient loss of consciousness due to loss of blood flow to the brain), and significant occasional weight loss.

Memantine (Namenda) is the only NMDA antagonist medication therapy available to treat Alzheimer’s Disease. It appears to be most effective in mid to late-stage Alzheimer’s disease.

This drug prevents the excess activity of the neurotransmitter glutamate, improving neurotransmission in brain cells.

Glutamate’s role in Alzheimer’s disease is still not well understood, but memantine (Namenda) has similar outcomes to the CIs.

Memantine (Namenda) is most often added to an Alzheimer’s disease medication therapy after a cholinesterase inhibitor (CI) has been utilized. In mid to late-stage Alzheimer’s, it can create a small improvement in symptoms along with a CI.

Side Effects of Namenda®

Memantine (Namenda) has a relative lack of side effects. This encourages some practitioners to introduce memantine (Namenda) into a patient’s medication therapy for Alzheimer’s disease in earlier stages along with one of the CIs, despite a lack of current evidence of its effectiveness in previous stages.

Because Alzheimer’s is still not effectively treated by most medications, many drugs are in development that aim to offer more hope to patients.

Medications approved for the treatment of early-to-moderate stages of Alzheimer’s disease include all the cholinesterase inhibitors (CIs):

Donepezil (Aricept) and memantine (Namenda) are both used in patients with moderate to severe Alzheimer’s Disease.

There is evidence that donepezil with memantine (Namzaric) work together for more effective symptom moderation in these later stages of the disease.

Alzheimer’s medication therapies decrease symptoms by offsetting some of the chemical reactions that have been observed in patients with the disease. They do not affect the neurodegenerative decline of the disease.

Cellular and molecular waste products are naturally disposed of after use by the brain cells. In Alzheimer’s disease, there is a problem with this process that blocks the transmission of information. Medication therapies attempt to clear the debris.

Recent research by Dr. Dale E. Bredesen and others has shown a preventative approach to treating Alzheimer’s disease.

This preventative method carries more promise of getting to the root causes of this most common form of dementia. Several factors combine to lead to the development of Alzheimer’s disease, and Bredesen’s work has identified these factors to get ahead of the changes in the brain that come before Alzheimer’s.

The 6 types of Alzheimer’s disease include:

Current medications may temporarily ease some of the symptoms of Alzheimer’s disease. Yet, prevention through modifications in lifestyle, environment, health, and brain stimulation in the earliest stages can reverse this cognitive decline.

Often, the brain changes that lead to Alzheimer’s begin during your 40s, long before a symptom has appeared.