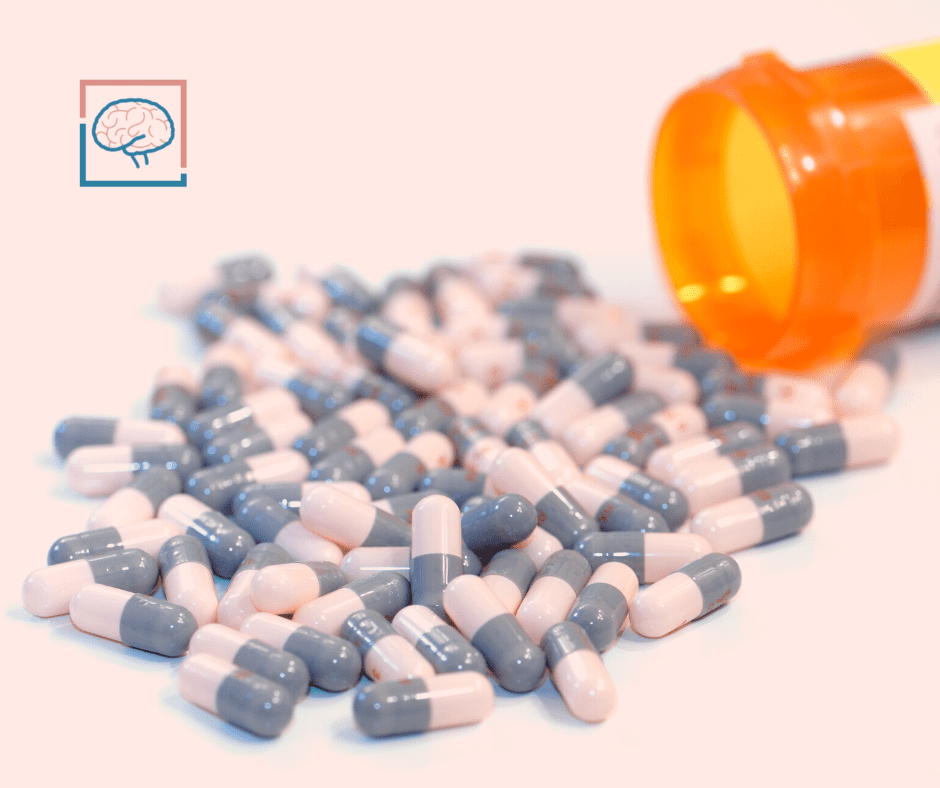 Antidepressant medications are one of the most common treatment options for those suffering from depression. Though typically effective, antidepressants can cause several side effects.

There are a number of natural treatment options for depression ranging from lifestyle changes to dietary supplements, to ketamine infusions. SAM-e has been garnering attention recently as an effective alternative to traditional antidepressants.

Though SAM-e only hit the U.S. market in 1999, it has been studied in Europe since the 1970’s. When researchers found abnormal levels of SAM-e in patients with liver disease and depression, they began clinical studies focused on SAM-e supplementation. Not only has SAM-e shown promise in aiding symptoms of depression, but also osteoarthritis and liver function.

SAM-e (S-adenosyl-L-methionine) is a compound produced naturally in the body. SAM-e also goes by the name, adenoethionine. It is composed of the molecule adenosine triphosphate (ATP), and the amino acid methionine.

SAM-e is a methyl donor, meaning it contributes methyl groups to substances that need them. In this way, it helps to:

SAM-e has been used to treat osteoarthritis, a condition in which the protective cartilage in the hands, knees, hips, and spine begin to wear down and cause pain and stiffness. One double-blind study found that SAM-e was as effective as a nonsteroidal anti-inflammatory drug (NSAID) for symptom management.

It has been used to treat liver disease for years. One review found SAM-e effective in treating cholestasis (when the flow of bile becomes blocked) associated with hepatic diseases. SAM-e also shows promise for those suffering from alcoholic liver cirrhosis.

Other uses include enhancing cognitive function for those with Alzheimer’s Disease and alleviating symptoms of fibromyalgia.

Does SAM-e work for depression?

SAM-e is a safe and effective treatment for depression.

It’s worth noting that many studies of SAM-e use injectable forms as opposed to oral SAM-e. The effects of oral SAM-e have been examined more recently. One study was conducted with postmenopausal women experiencing depression. Another study gave SAM-e to 15 patients with major depressive disorder. Both studies yielded positive results.

What is the difference between SAM-e and SSRI’s? SAM-e aids with the synthesis of serotonin, while selective serotonin reuptake inhibitors (SSRIs) block the reabsorption of serotonin, leaving more available for signaling purposes. Here are some other key differences.

SAM-e doesn’t cause the side effects commonly associated with antidepressants — weight gain, sexual dysfuction, sedation, etc. It can be a good treatment option for those who don’t respond to SSRIs.

Antidepressants tend to have a 4-6 week delay before mood improvement becomes noticeable. SAM-e can prove effective in as little as a week’s time. Also, SAM-e tends to have milder side effects overall than prescription drugs.

How long does it take for SAM-e to start working? It typically takes about 2 weeks to notice the effects of SAM-e.

Compared to other antidepressants, the list of drug interactions with SAM-e is minimal.

How to Take SAM-e

Though SAM-e has been prescribed in other forms in Europe for decades, it has not yet been approved by the Food and Drug Administration (FDA) for medicinal use. In the U.S. SAM-e is only available as a synthesized oral supplement.

SAM-e is best taken on an empty stomach, before meals. Look for enteric-coated tablets that allow it to pass through the stomach intact.

While there’s no dosage of SAM-e set in stone for treating depression, the typical recommended range is 400-800 mg twice daily.

SAM-e also works well alongside vitamin B12 and folate. Deficiency in vitamin B12 or folate can decrease levels of SAM-e. So, be sure to eat plenty of meat (for vitamin B12) and leafy greens (for folate) to maintain your natural SAM-e.

While SAM-e is typically safe, high doses of SAM-e supplementation include:

SAM-e could have interactions with the following:

Those with health conditions such as bipolar disorder, Parkinson’s disease, or a weakened immune system should not take SAM-e. Also, be cautious of taking SAM-e if you’re pregnant or breastfeeding.

Because SAM-e can affect blood vessels, be sure to stop taking it at least 2 weeks before a surgery is performed.

The Benefits of an Antidepressant — Without the Side Effects

SAM-e is a great option for anyone who either doesn’t respond to SSRI’s or just doesn’t want to risk the side effects of traditional antidepressants.

While SAM-e is a promising alternative to prescription drugs, it’s still important to discuss any changes in medication with your healthcare provider.

Prime Health is more than happy to help you explore holistic treatment options for any conditions you’re concerned about. Contact us to schedule a free consultation. Follow us on Instagram for the latest in holistic health topics.

Jawad Majeed, ND (also known as Dr. Jay), is a licensed Naturopathic Doctor who provides care to his community through a Functional Medicine approach. Dr. Jay graduated from the National University of Health Sciences, an accredited 5-year Naturopathic Medical School, and completed an additional residency at the Whole Health Clinic in Lombard, IL.

Remedies for Depression: How to Boost Your Mood Naturally
September 7, 2022

Vitamins & Supplements for Stress Relief: Which Ones Work?
August 25, 2022

The Gut-Brain Connection: How Your Gut Impacts Your Mental Health
August 18, 2022

Ketamine Infusion Therapy: Everything You Need to Know
June 7, 2022