The 7 Stages of Dementia in Alzheimer’s Disease 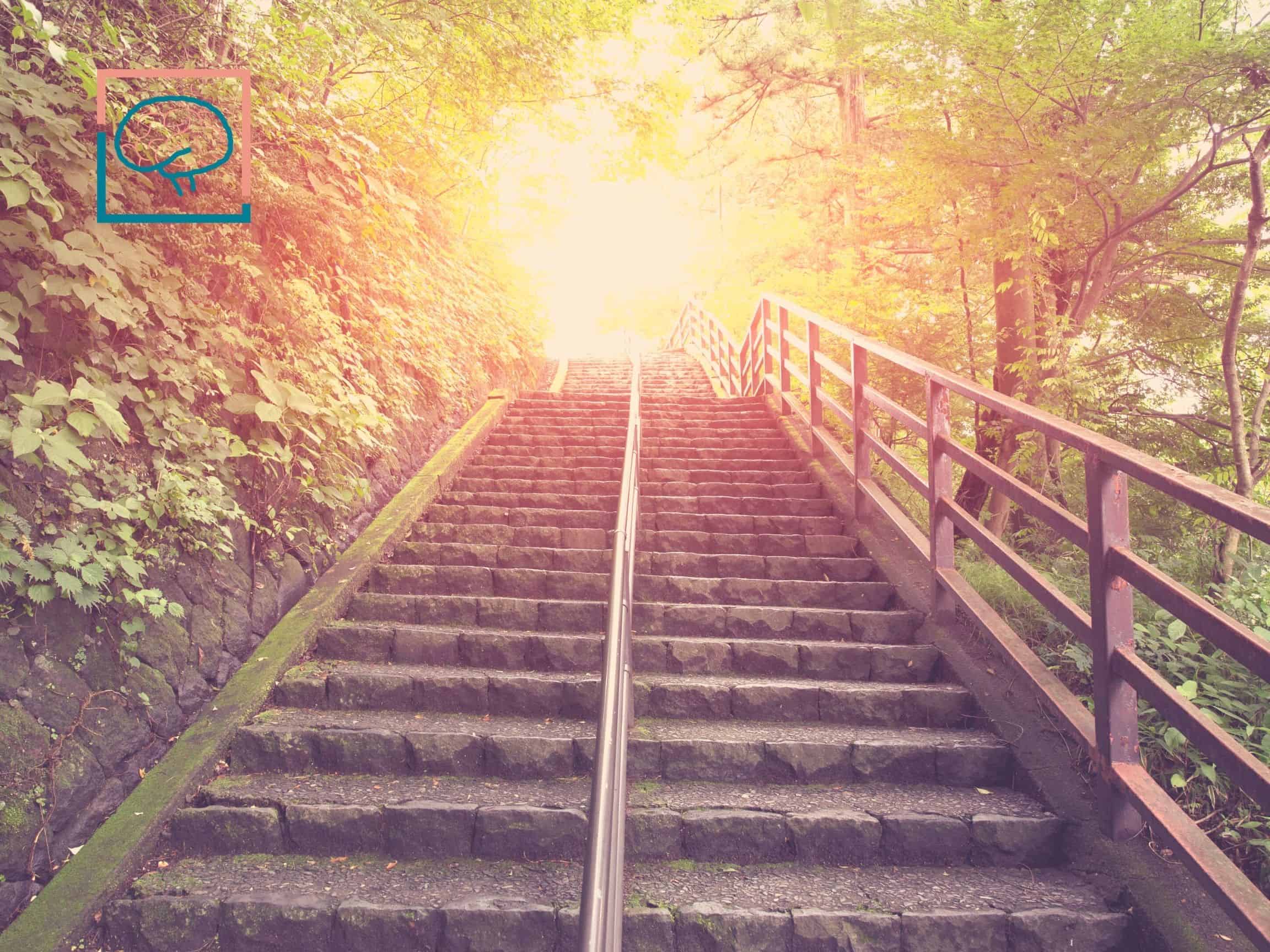 When someone is living with Alzheimer’s, they go through different stages of dementia symptoms. Below, we discuss the 7 stages categorized by psychiatry professor and researcher Dr. Barry Reisberg.

Dementia is a set of cognitive decline symptoms, including memory loss and changes in behavior. These symptoms may be caused by many conditions.

While Alzheimer’s disease doesn’t contribute to every dementia diagnosis, it is the most common cause.

How quickly does dementia progress?

Dementia progresses quickly for some, slower for others. Exercising your brain and making certain lifestyle changes may slow the progress of dementia. Individuals with Alzheimer’s (the most common type of dementia) have a life expectancy of 4 to 8 years after diagnosis, on average.

According to the World Health Organization, Alzheimer’s disease may account for 60-70% of dementia cases — yet there are no effective treatments.

Although there are many types of dementia, in this article, we’ll be talking about the stages of dementia in Alzheimer’s. We’ll also mention tips for caregiving, such as how long each stage may take and what tasks may require professional healthcare support.

The 7 Stages of Dementia

This preclinical stage may last a few years, or it could last for decades.

Subjective cognitive decline (SCD) is a self-observed decline in cognitive function. You may start to notice transient problems with memory loss and confusion.

Doctors may hesitate to diagnose Alzheimer’s due to SCD because it is self-reported and difficult to observe in a controlled environment. However, since later stages of Alzheimer’s cannot be reversed at this time, there is increasing interest in diagnosing preclinical Alzheimer’s.

If you or a family member is experiencing self-evaluated SCD, it may be time to look at care plan options for slowing or stopping the progression of dementia.

Preclinical Alzheimer’s is a term used to describe aging individuals who display biomarkers predicting Alzheimer’s disease but do not display any symptoms of Alzheimer’s. However, the term is helpful in research settings.

A 2016 scientific article proposed this distinction:

Very mild decline causes slight but noticeable changes in cognitive function. Though this stage may not always lead to Alzheimer’s, it is the next stage after the no impairment stage of Alzheimer’s.

While most daily tasks won’t suffer, a senior might notice minor memory lapses crop up or begin to lose personal items around the house more often.

However, it’s not usually able to distinguish this stage of Alzheimer’s from normal age-related memory loss. This stage 2 is difficult to track — no timeline can be established without traceable symptoms of dementia.

Loved ones and doctors are unlikely to catch Alzheimer’s in the very mild decline stage, as memory tests won’t detect impaired function.

During mild cognitive decline in Alzheimer’s disease, an individual can still take care of themselves and even take part in social events, but displays noticeable issues with memory and cognition.

This stage is sometimes referred to as mild dementia or mild cognitive impairment (MCI).

At this point, a clinician should be able to detect Alzheimer’s via memory tests. Friends and family will likely notice changes like short-term memory loss that cause some concern.

For most people with Alzheimer’s, mild decline will begin in their mid to late 60’s. This early stage of clinical Alzheimer’s last about 7 years, but symptoms may only be noticeable between 2 and 4 years.

Common signs of mild decline in Alzheimer’s disease include:

Up to 20% of adults over the age of 65 have MCI, according to the Alzheimer’s Association.

Individuals with MCI are still able to go about their daily lives, but loved ones may notice problems with memory, thinking skills, and judgment.

Researchers and doctors may make a distinction between the 2 types of MCI:

MCI may lead to Alzheimer’s or another form of dementia, such as vascular dementia or dementia with Lewy bodies. Or it could remain a mild decline, never progressing. Some individuals with MCI have even seen a return to normal cognitive function, although this is less common.

If you or a loved one experiences MCI, seek medical advice right away. An early diagnosis is paramount in managing Alzheimer’s.

During moderate decline (moderate dementia), cognitive and memory function have worsened to the point that everyday tasks become challenging. The patient may begin to forget names and faces of acquaintances and those they have recently met.

Caregivers may need to assist the individual with some activities of daily living, such as personal care, oral hygiene, directions to places, and getting dressed.

Most people in this stage still recognize the majority of their close friends and family.

The moderate cognitive decline stage of Alzheimer’s disease is usually the longest stage. It normally lasts around 2 years, but can last as long as 10 years.

Moderately severe decline in Alzheimer’s is the stage in which a patient will need consistent, daily care to accomplish most tasks because they can no longer live independently.

Many families opt to find assisted living situations or memory care communities at this time.

Patients often remain capable of bathing and toileting normally and will recognize some familiar faces — though not all of them.

Symptoms of moderately severe decline in Alzheimer’s may be:

When an individual is in the severe decline stage of Alzheimer’s, they will need round-the-clock care. These patients are often unaware of where they are and remain in a constant state of confusion.

This severe cognitive decline can negatively affect most physical abilities and sleep patterns.

The most well-known symptoms of severe decline in Alzheimer’s include:

Very severe decline means the individual will have no sense of self-care. They barely respond to their environment at all. Speech may be limited to a dozen or fewer words. Movement may become rigid, and some experience immobility.

Late stage Alzheimer’s can last 1 to 4 years, depending on the level of care.

The most common cause of death in someone with late-stage Alzheimer’s is pneumonia. This is because difficulty swallowing results in inhaling food particles, liquid, or gastric fluids that can lead to pneumonia.

How Long Do the 7 Stages of Alzheimer’s Last?

Alzheimer’s can last anywhere from 4-20 years. Depending on the overall health of the patient and how early he or she is diagnosed, dementia could progress more slowly or more quickly.

A less common 5-stage model of Alzheimer’s is described by the Mayo Clinic:

What Do the Final Stages of Alzheimer’s Look Like?

The final stages of Alzheimer’s disease can look grim for patients and family members. In the later stages, patients cannot take care of themselves, can barely speak, and may suffer immobility.

How long do dementia patients live? Life expectancy varies by individual, based on the type of dementia, age, level of care, and other factors.

Patients diagnosed with Alzheimer’s disease can typically expect to live another 4-8 years after their diagnosis. Other forms of dementia have different outlooks. For example, people living with frontotemporal dementia may live 6-10 years after symptoms are noticeable.

However, they don’t have to sit back and watch their lives crumble around them. Some have lived up to 20 years after diagnosis. The important thing is not to focus on the numbers, but on the patient’s quality of life during the time they have left.

Not only are there experimental treatments, but there are also lifestyle changes that can be made to slow or stop cognitive decline. Because most — if not all — conventional treatments have about a 1% chance of success, the need for revolutionary new approaches to treating dementia is critical.