Coconut Oil for Alzheimer’s: Does It Fight Dementia? 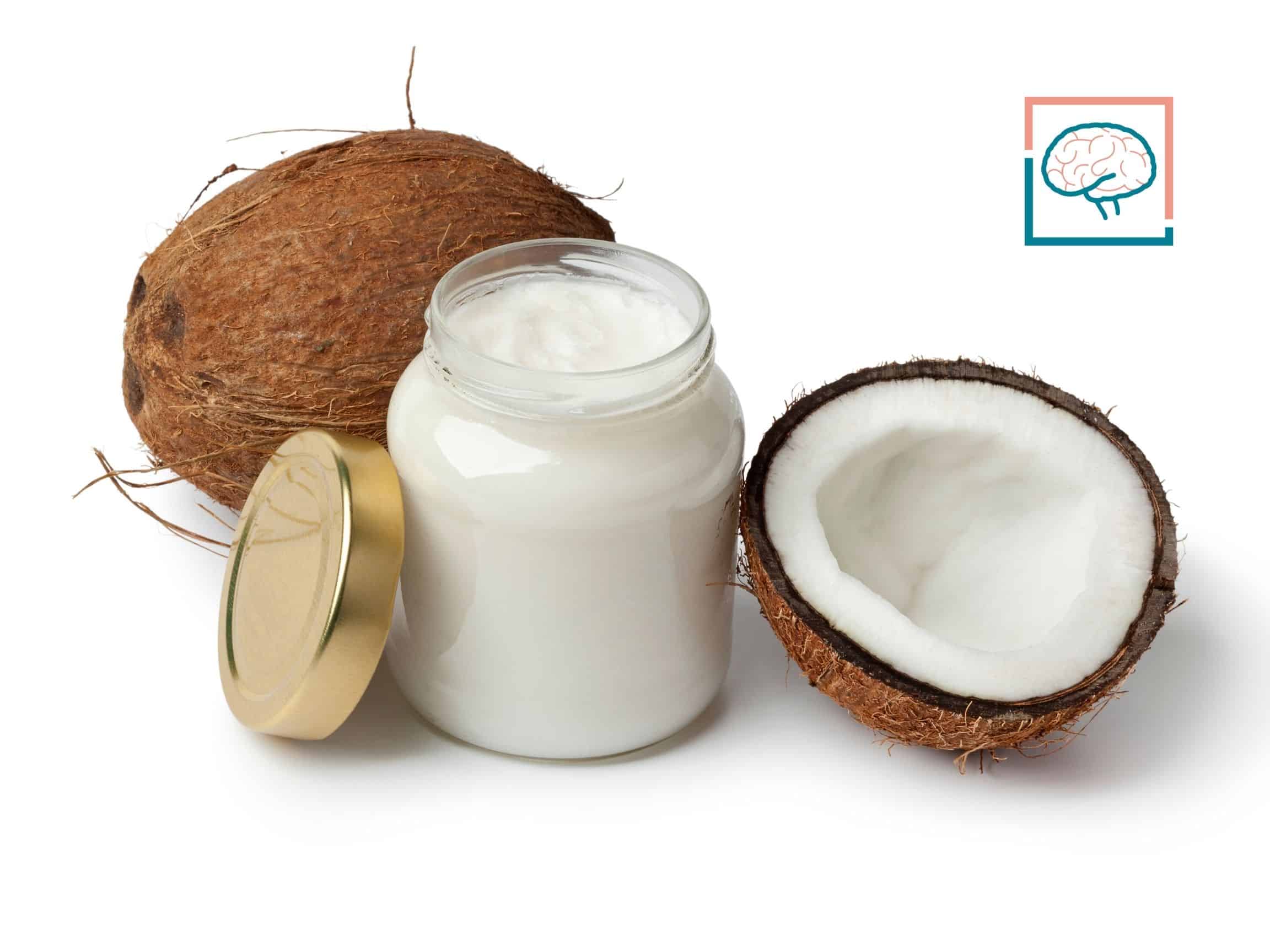 The food you eat has an enormous impact on your risk of developing Alzheimer’s disease or dementia. Recent studies hint that coconut oil can be a helpful element in the fight against dementia as part of an anti-inflammatory diet, along with healthy lifestyle choices.

Dementia is a neurodegenerative disorder that affects brain function. It can be hereditary or caused by environmental factors. The hallmark of dementia is cognitive decline. Dementia patients also display symptoms like memory loss and impaired judgment.

Emerging research is also pointing toward inflammation as a potential cause of Alzheimer’s. Many recent studies suggest that these tangles in the brain may be protective reactions against inflammation. These are just a few of many reasons to eat an anti-inflammatory diet.

These structures can only be definitively diagnosed by sampling and examining brain tissue directly. That’s why Alzheimer’s is almost exclusively diagnosed after the patient dies.

Conventional pharmaceutical treatments for Alzheimer’s disease are mostly ineffective. Many patients turn to natural treatments to avoid painful side effects and empty wallets. Coconut oil is one of the most promising Alzheimer’s treatments when coupled with other lifestyle changes.

How can dementia be prevented? Dementia can be prevented by implementing lifestyle changes, like following a healthy diet that includes coconut oil. You should also get in more physical activity and prioritize sleep.

When you eat right, get exercise, sleep well, and protect your oral health, you can help reverse dementia symptoms.

Interest skyrocketed after Dr. Mary Newport began publicizing her personal experience with the benefits of coconut oil. Her husband Steve’s early-onset Alzheimer’s symptoms drastically improved over the short term after taking coconut oil as a supplement.

Since then, many scientists have looked into the benefits of coconut oil and how it might be used to treat the symptoms of Alzheimer’s and dementia. More studies are published every year as we develop a clearer picture of exactly why coconut oil has so many health benefits.

Admittedly, it does contain a lot of saturated fat. However, the saturated fat in coconut oil doesn’t seem to have the same negative effects as saturated fat from animal sources or even soybean oil.

However, the saturated fats can be a concern for some patients. For some persons, especially those who are genetically predisposed, saturated fat can result is or elevate an atherogenic (artery plaque-promoting) lipid profile.

It’s important to speak to a healthcare professional, ideally one that specializes in integrative medicine, before starting a coconut oil routine.

As a newer breakthrough, there are many swirling questions about coconut oil. Here are some of the most common.

How does coconut oil improve memory? Coconut oil improves memory by supporting the health of the neurons in your brain. It provides energy to neurons so they can function. Coconut oil also helps protect neurons by reducing inflammation and oxidative stress.

Our brains get most of their energy from glucose, a simple sugar. Neurons take up glucose and use it to power all of the work they do, including the signaling within the brain.

Alzheimer’s disease changes how neurons both absorb and use glucose. The changes that come with Alzheimer’s make it harder for neurons to get the energy they need. Neurons are unable to function correctly and eventually die without energy.

There is growing evidence that changes in how glucose is brought into and used in the neuron may cause cognitive impairment and Alzheimer’s. In fact, neurons may start to use glucose abnormally years or decades before Alzheimer’s symptoms appear.

Although our brains prefer to use glucose for energy, they have another option if enough glucose isn’t available. Neurons can also use ketone bodies (ketones) as an alternative energy source.

Ketone production (ketogenesis) happens when the body doesn’t have enough carbohydrates to keep producing glucose. The liver switches over to making ketones from fatty acids. Those ketones are then carried in the blood to the brain to be used as an alternative fuel.

Ketones can provide neurons with the energy they need, even in patients with Alzheimer’s. Even though neurons can’t use glucose correctly, they can still use ketones as a source of energy. This is why dementia and Alzheimer’s patients see symptoms improve with a ketogenic diet.

How the KetoFLEX Diet Works

The KetoFLEX diet was developed by renowned Alzheimer’s expert Dr. Dale Bredesen. KetoFLEX is based on decades of research into the best ways to reverse cognitive impairment and prevent cognitive decline.

On the KetoFLEX diet, patients eat primarily plant-based whole foods. You’ll focus on eating a rainbow of darkly-colored vegetables and low-glycemic fruit. As much of the produce as possible should be locally and organically grown.

Foods that support gut health are another important part of the KetoFLEX diet. You’ll eat prebiotic and probiotic foods, including foods with a lot of resistant starch. These foods help you cultivate healthy microbiota in your gut, and these bacteria keep your brain and body balanced.

This science-backed diet is mildly ketogenic (or keto). Traditional keto diets require you to eat almost no carbohydrates, which is incredibly difficult for most people. The KetoFLEX diet allows you to eat healthy carbohydrates from non-starchy vegetables, so it’s easier to stick to the plan.

KetoFLEX has been the subject of a clinical trial looking into whether cognitive decline can actually be reversed. The full results will be published later this year, but the preliminary results are highly promising.

Coconut oil is one of the best oils that you can consume on a dementia diet. If you’re cooking a dish that won’t pair well with coconut oil, or if you’re just wanting to branch out a bit, there are other healthy oil options.

Check out these other healthy oils you can consume on a dementia diet:

Caregivers should aim to add more of these healthy oils to their loved one’s dementia diet. When combined with other lifestyle changes, they can help improve the symptoms of Alzheimer’s and dementia. They’re also an auspicious addition for preventing cognitive decline early.

Schedule an appointment with PrimeHealth today.